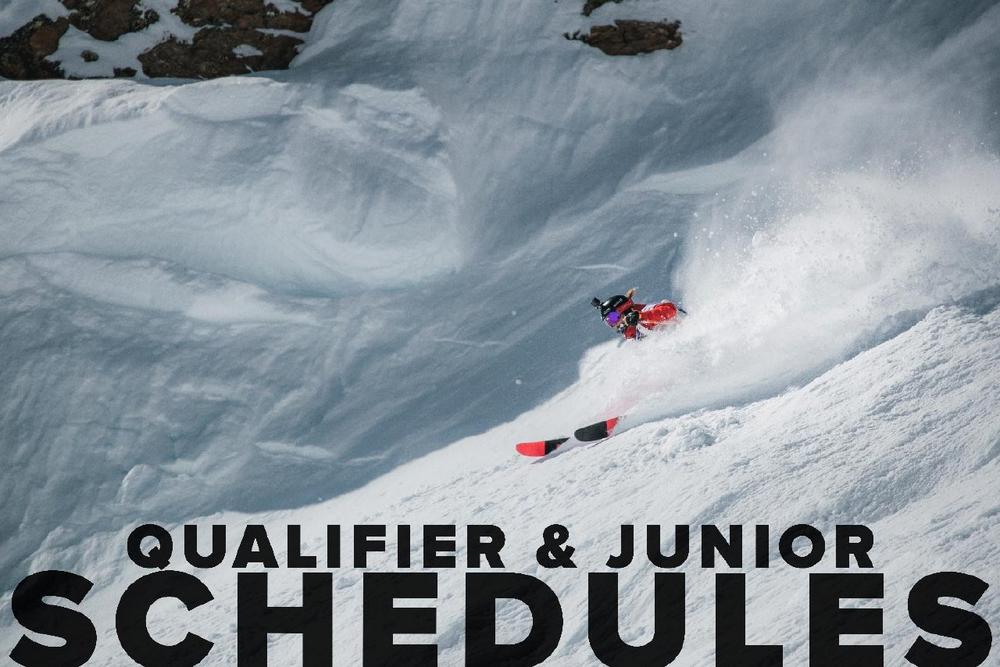 Aspiring freeriders are chomping at the bit, awaiting the announcement of this year’s FJT and FWQ calendars. With last season cut short, athletes around the world have waited patiently for the return of competition to test their skills and push the limits. With around 90 junior events and 80 qualifier events spanning Europe, Oceania, Asia and the Americas, riders will return to the mountains this winter to showcase their talents.

Despite a difficult year, the majority of popular series stops will return, in addition to new freeride playgrounds like Arhyz in Russia and Porté-Puymorens in France. Meanwhile the French Freeride Series will continue to expand, featuring a number of new events added in Bonneval-sur-Arc and Val Thorens among others.

To guarantee the safety of everyone involved, organizers are working hard to ensure all events follow national and local COVID-19 restrictions. Due to the likelihood that the Canadian-US border will remain closed to non-essential travel, Region 2 currently plans to operate two separate FWQ series in North America. Oceania will continue to run an international FWQ Series format for Region 1.

Each athlete is permitted to earn one ranking per circuit based on event location, regardless of their nationality. Points earned cannot be transferred between circuits. All the rules and regulations can be found in the handbook.

To replace the missing FWT stop in Hakuba, there will be a FWQ 4* event held in Japan between January 12-15, 2021, where some of the best up-and-coming riders will face-off in the mystical Japanese powder. To wrap up the season, the highly anticipated finale will happen again in April with a 4* event in Gurgl, Austria – giving athletes one last chance to secure their spot for the FWT 2022. For news on the FWQ series schedule for Region 2 and the American and Canadian circuits, stay tuned to the IFSA channels for updates.

Freeride Junior Tour
The FJT continues to be the best platform for young riders to develop their freeride skills in a competitive environment. This year will see many grassroots events in Austria, France and Switzerland, spanning all age categories (U-14, U-16 and U-18). These events ensure the next generation of freeriders – aged from 10-18 – will keep stunning the crowds this season in their preparation to challenge FWQ and FWT riders in the years to come.

More details will be announced soon, including information on the Freeride Junior World Championship which will return in 2021, providing further opportunities to the globe’s most talented young shredders.

Freeride Weeks
Due to the huge popularity of the Verbier Freeride Week, several freeride events have been added to the calendar, with more weeks like Verbier planned to offer additional competitive freeride opportunities. These two Freeride Weeks will kick-off the season:

As always, these Freeride weeks are a great opportunity for athletes to earn some early season points and give spectators an early glimpse of who to watch closely this season.

Early season snow has already blanketed the Alps, raising the stoke level ahead of the winter to come. Despite all the challenges encountered in 2020, this season is shaping up to provide bountiful opportunities for athletes across all formats in their pursuit of making the FWT.

Stay tuned to the IFSA and FWT social media channels and website at www.freerideworldtour.comfor updates regarding event locations and dates.

FWT Management SA, based in Pully/Lausanne-Switzerland, is organizing world-class sports events in mountain resorts and regions since 1996. Founder of "Verbier Xtreme", iconic event in freeride skiing & snowboarding, FWT Management SA, has taken in 2008 this stand alone event to create several Series of international freeride competitions totaling over 150 events around the globe for professional, amateur and junior riders.