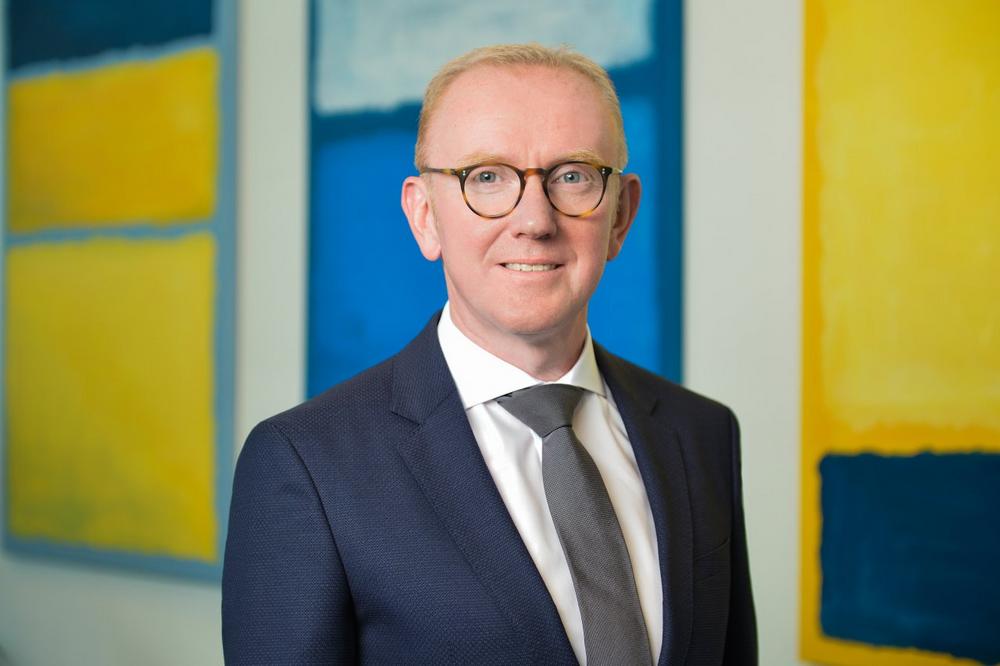 technotrans SE posted consolidated revenue of € 141.5 million in the first nine months of the 2020 financial year, only 7.8 % down on the prior-year figure of € 153.4 million. This was mainly due to a solid business development in the third quarter of 2020. Consolidated EBIT remained positive at € 3.9 million with an EBIT margin of 2.8 %. Adjusted for one-off charges totalling € 2.1 million, EBIT reached € 6.0 million. The adjusted EBIT margin of 4.2 % was at the previous year’s level. For the 2020 financial year, the Board of Management expects consolidated revenue of around € 185 million with an EBIT margin of approx. 2.5 to 3.0%. Adjusted for one-off effects, this is expected to reach the previous year’s level of around 4.0%. The forecast is subject to the proviso that no corona-related restrictions are imposed in the remaining weeks of the year that go beyond the measures initiated by the government at the beginning of November. The updated strategy 2025 will be announced at the end of 2020.

"Business development has exceeded our expectations. Following a solid business performance in the third quarter, consolidated revenue after nine months is only moderately down on the previous year despite ongoing corona-related charges. Despite high additional expenditure on structural adjustments within the technotrans Group, which we have pushed ahead with independently of corona, technotrans remains profitable. Adjusted for one-off effects, we achieved an EBIT margin at the previous year’s level. We are satisfied with this business performance against the background of a very difficult global economic situation," says Michael Finger, Spokesman of the Board of Management of technotrans SE.

The technotrans Group posted consolidated revenue of € 141.5 million in the first nine months of the 2020 financial year (previous year: € 153.4 million). This was only 7.8 % below the previous year despite corona-related burdens. EBIT remained positive at € 3.9 million (previous year: € 6.6 million) with an EBIT margin of 2.8 % (previous year: 4.3 %). EBIT included one-off charges of € 2.7 million from structural and personnel adjustments as well as one-off income of

€ 0.6 million from the termination of a fine proceeding (Federal Financial Authority BaFin). This resulted in an adjusted EBIT of € 6.0 million.

At 4.2%, the adjusted EBIT margin remained at the previous year’s level.

The Group’s assets and financial position remained solid. The equity ratio was 50.5 % (December 31, 2019: 51,4 %). The Group had cash and cash equivalents of € 26.6 million at September 30, 2020 and reduced its net debt by more than 11 % to € 21.5 million in the period under review. technotrans generated a positive free cash flow of € 3.5 million in the nine-month period (previous year: € 1.0 million) was achieved – despite increased investments due to the new building at the Holzwickede site.

The consequences of the corona pandemic have affected the reporting segments to varying degrees. The Technology segment achieved revenue of € 102.4 million. The decline compared with the previous year’s figure of € 109.1 million was moderate at 6.1 %. On the other hand, the change in earnings was more pronounced, which was due in part to a comprehensive allocation of one-off structural costs. The segment EBIT thus fell from € 0.3 million to € -1.2 million. The return for the segment fell accordingly from 0.3 % to -1.2 %. Adjusted for one-off effects, this was slightly higher than in the previous year at 0.4%.

The printing industry has stabilised after a recent sharp corona-related downturn but remained well below the previous year’s level. In the machine tool industry, the third quarter saw structural burdens in addition to corona effects. This resulted in a decline in revenue in the laser and machine tool industry, which could not be fully offset by the continued growth of the EUV business. Business in the plastics processing industry developed positively thanks to successful sales activities. The same applies to the growth markets. New business in battery and converter thermal management solutions for rail and special vehicles, e-buses and e-trucks contributed to the pleasing business trend. The Group also achieved further successes in medical technology. The ramp-up phase for the serial production of the newly developed blood cooling system will be completed in the fourth quarter of 2020.

Following a weakening of the pandemic in the summer months, infection rates are currently rising sharply. Many governments have recently tightened up measures to contain the pandemic. Protecting all employees and business partners against infection and ensuring stable business operations with a high level of sales activity remain top priorities for technotrans.

"We are continuously achieving sales successes and further expanding our market positions even under the current difficult conditions. In addition to project orders for promising rail projects, we have acquired a major order for the cooling of e-bus charging stations and entered into a development partnership with a technology group in the e-truck sector. In the service business, we are pushing forward digitalization. We are also successful internationally: In China, we have acquired leading medical technology OEMs as new customers," says Michael Finger.

Based on the business performance in the first nine months of fiscal year 2020, the Board of Management expects consolidated revenue of around € 185 million with an EBIT margin of approx. 2.5 to 3.0 % and a positive free cash flow for fiscal year 2020. The EBIT margin adjusted for one-off effects is expected to reach the previous year’s level of 4.0 % despite the decline in revenue. This forecast is subject to the proviso that no corona-related restrictions are imposed in the remaining weeks of 2020 that go beyond the measures initiated by the government at the beginning of November.

"We are counteracting the currently growing challenges posed by the COVID 19 pandemic with a high degree of customer orientation, technological competence, creativity in the development of individual concepts and strict cost control. Our pipeline is full! We will take advantage of the opportunities that present themselves! In the future, we will position ourselves even more strongly for this purpose. We will present the Strategy 2025 at the end of 2020," says Michael Finger.

technotrans is a technology company and leading systems supplier of industrial applications in the area of fluid management. The core skills of the Group of companies comprise technological solutions for cooling and temperature control, filtration, handling, measuring and metering.
technotrans technology is used in the printing industry, plastics processing industry, laser and machine tool industry as well as in other markets such as medical and scanner technology, and electric mobility.
The business model comprises two reporting segments: in the Technology segment, the products and systems are developed and built at production plants in Germany, the USA and China. Through the Services segment, the technotrans Group supplements its range of products with a comprehensive range of services such as installation and maintenance, repairs, parts and Technical Documentation. With 17 locations, technotrans has a presence in all important major markets worldwide.
The strategy of the Group of companies is to increase the value of the company over the long term through sustained revenue and earnings growth. Through technological innovations and targeted acquisitions, the Group of companies is steadily opening up new sales markets and increasing its market penetration.
technotrans is listed in the Prime Standard (ISIN: DE000A0XYGA7 / WKN: A0X YGA) and employs more than 1,400 people worldwide. It achieved consolidated revenue of EUR 207.9 million in the 2019 financial year.